Supernova is the first hobby game from Pandora Games, live on Kickstarter now!

Following our artisanal re-creation of the ancient game of Mehen , game designer Zach Horton strove to further explore that game's unique spiral geometry in the context of modern gaming. The result is this unique and thrilling game of orbital mechanics. Visit our Kickstarter here and back today. Thank you for your support!

Command an elite group of death-defying spaceships desperately harvesting energy from a dying star before it explodes in this game of spiral thinking. Supernova requires you to make tough choices, as all of your ships must share the same energy allotment, and it is never enough to power them all at once.  The more you power, the fewer Boost Points each one receives, restricting its maneuverability.  This is a high-stakes tradeoff, as the star's gravity pulls all of your ships ever closer to their fiery demise. You'll need to boost your orbits to keep from burning up.


Ships move in a counterclockwise spiral toward the star at the center, while each round the star releases energy bursts (cubes) that travel clockwise toward the edges of the board.  The core of the game lies in the interactions between the energy cubes and ships as they collide.  Different types of cubes behave differently, but all are dangerous and all are valuable if you can capture them.  Clear and yellow cubes can be stored and used as energy to perform special actions, while yellow and red cubes count as victory points at the end of the game.  These energy cubes serve as your primary obstacles, primary goal, in-game currency, and victory points.


Players take turns deciding how many ships to power and then moving each one according to both gravity and Boost Points.  Ships can form special formations to help protect them, block your opponents, and collect energy cubes.  After players have taken their turns, each round ends with a "star action" that moves the cubes on the board and releases new ones.  The sequence of star actions is determined by randomly drawing cards when you set up the game.  Thus every game is completely different.  Players can only see the star cards for the current and next rounds, and therefore have limited information about future conditions.  Despite this element of long-term uncertainty, however, there is no other luck in the game.  Players have complete control over the outcomes of their actions.


Supernova is relatively easy to play, but exceptionally difficult to master, as it asks you to think in spiral rather than linear geometry.  The game's mechanics offer many possible ways to achieve your goals, but far more options become available when you begin to work with rather than against the spiral: sometimes the most efficient path from A to B is the long way around... 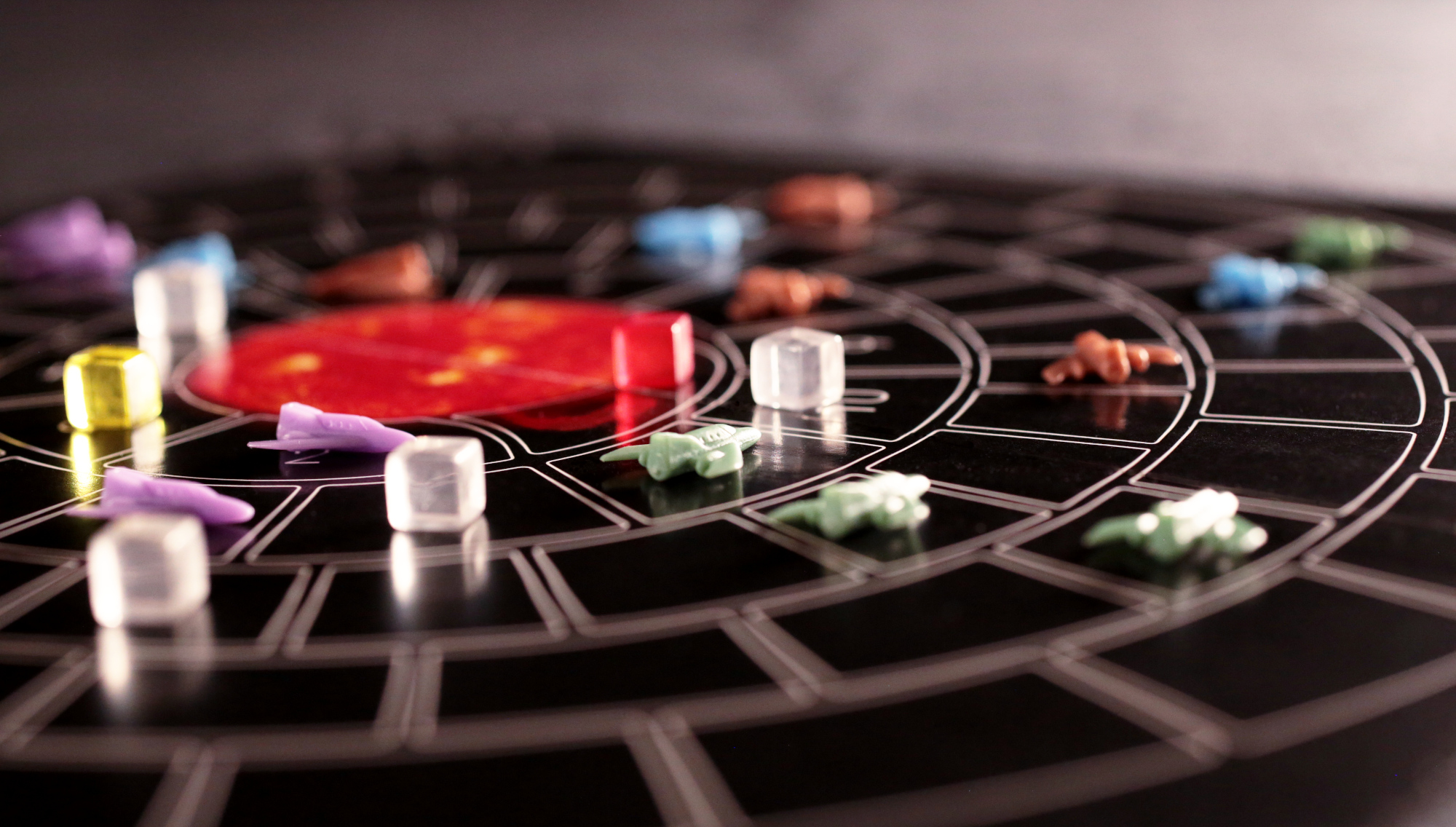 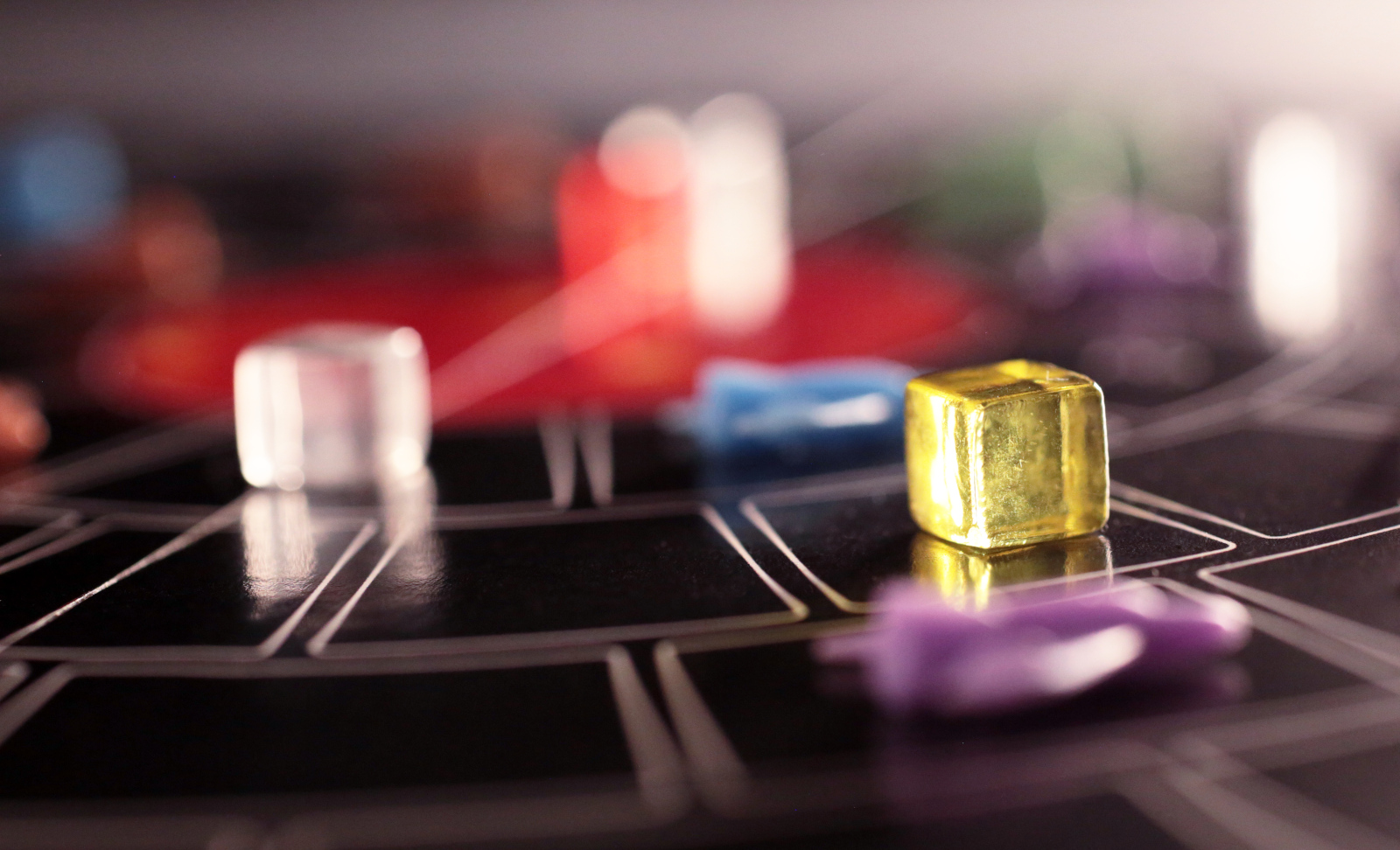 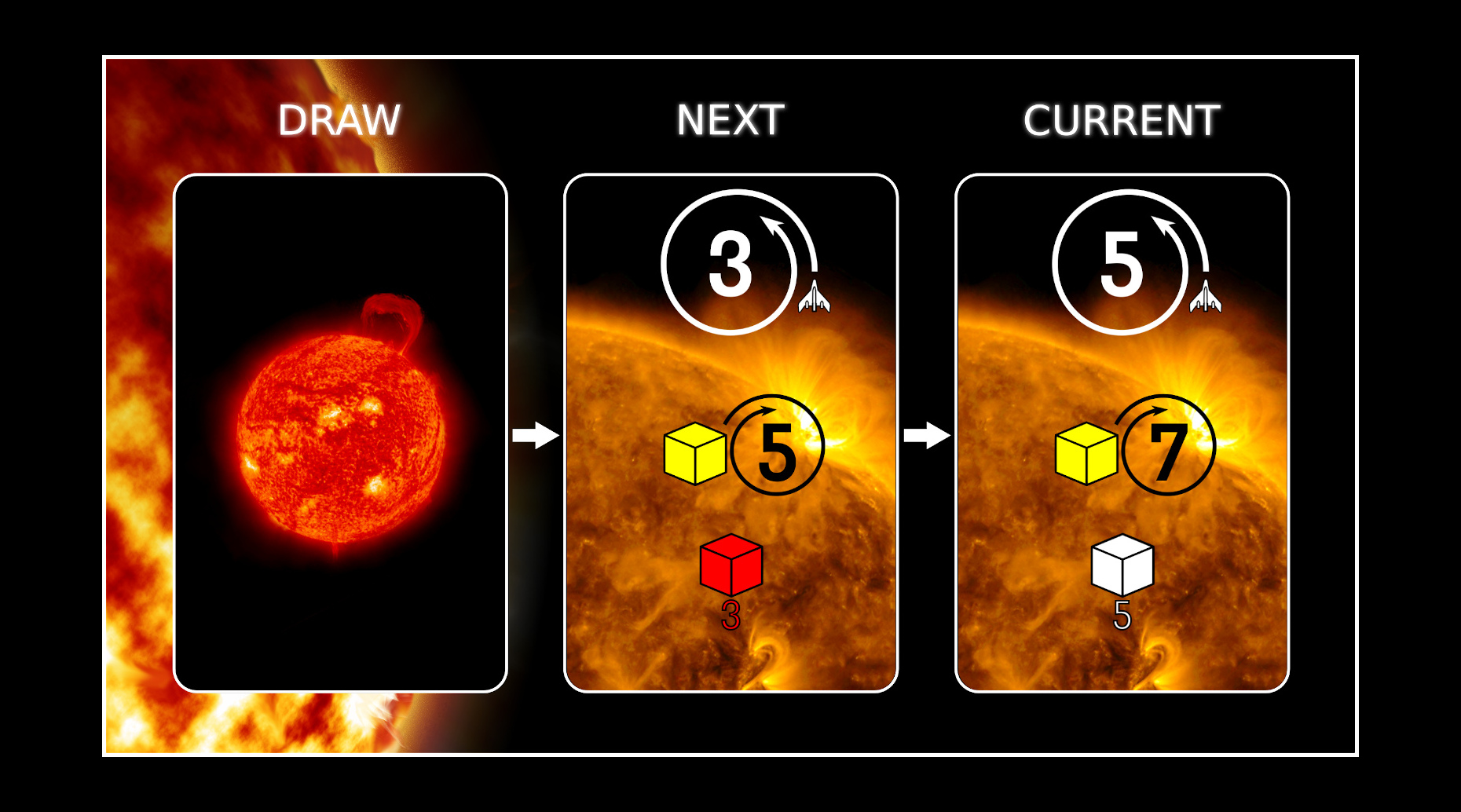 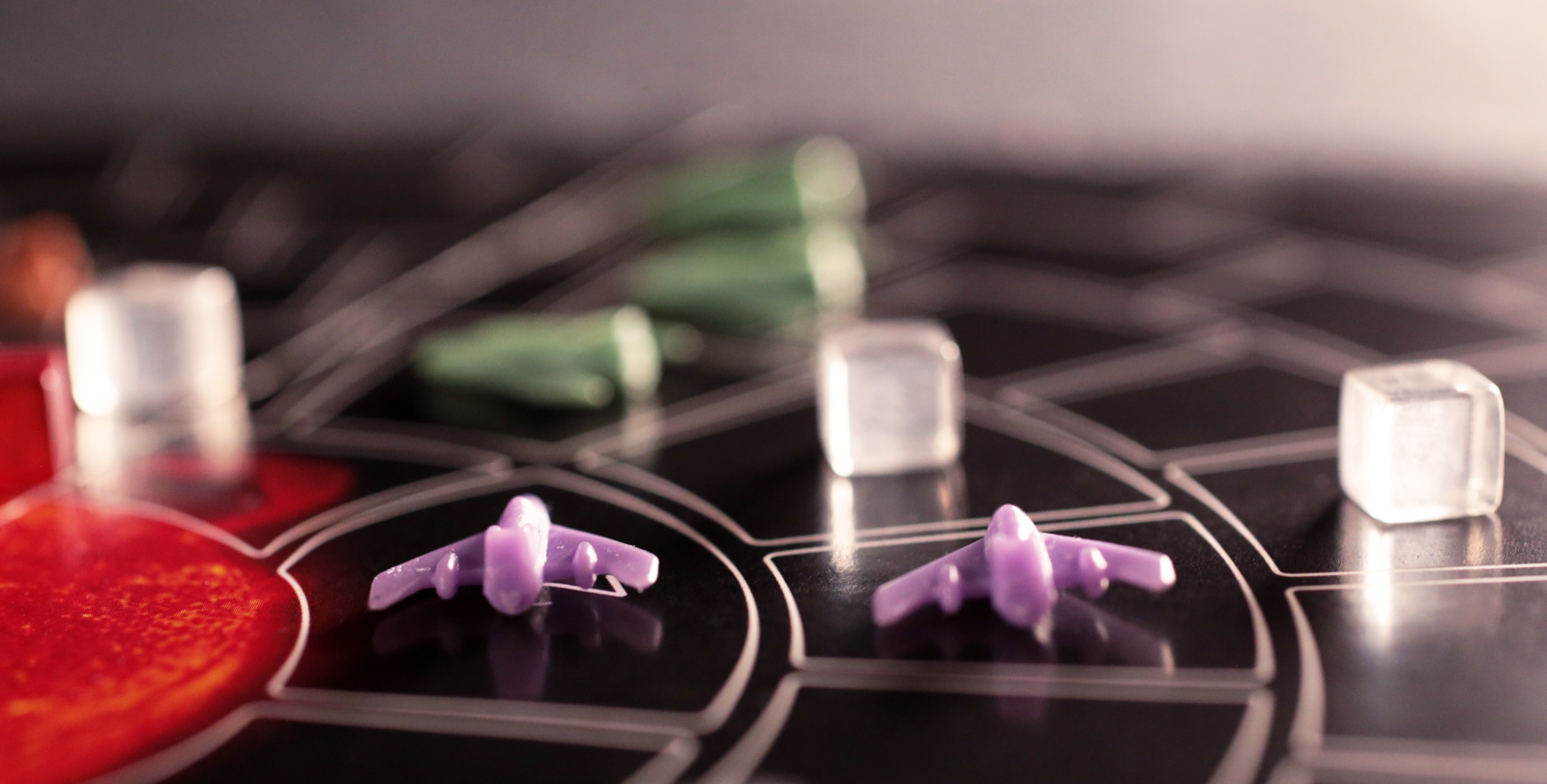 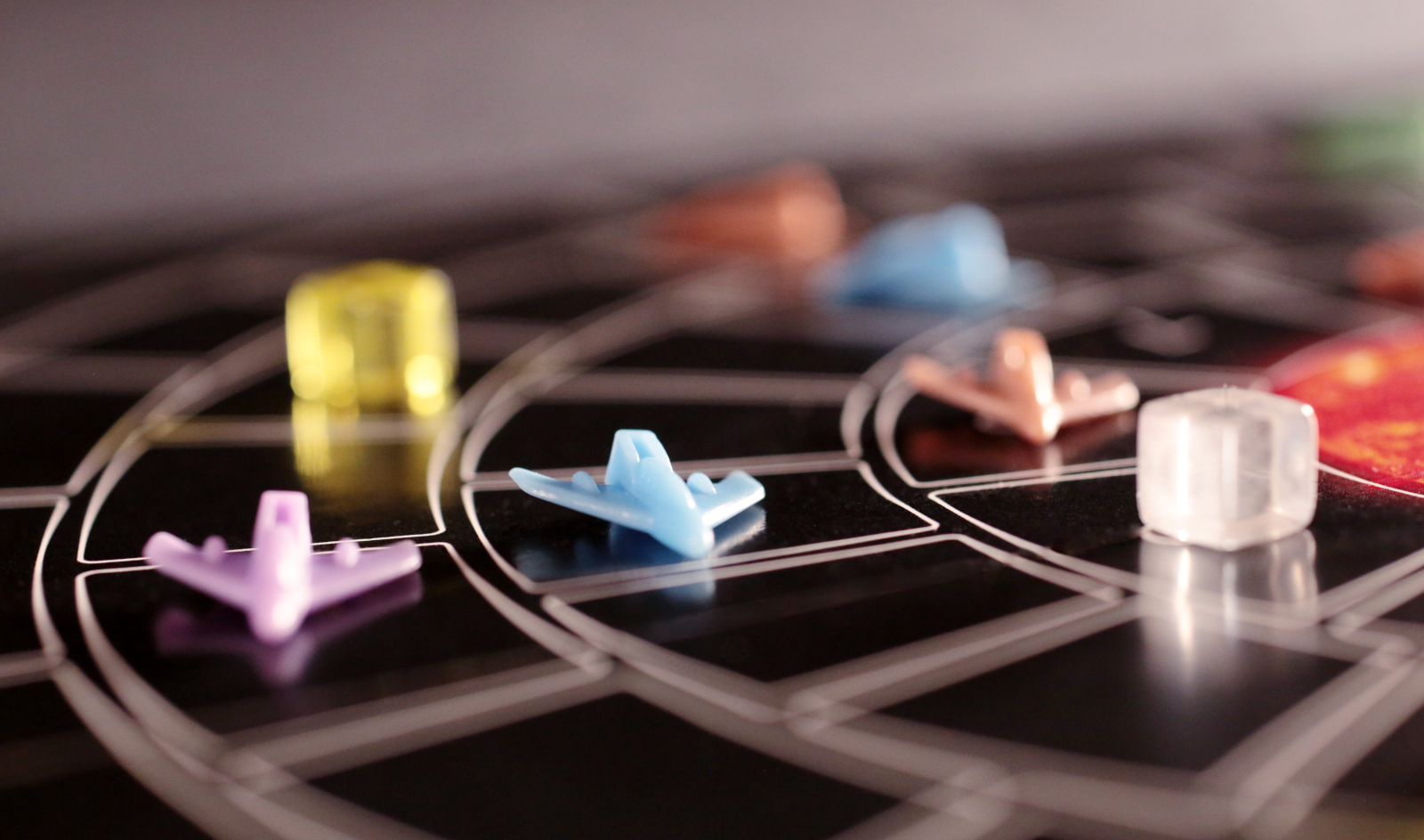 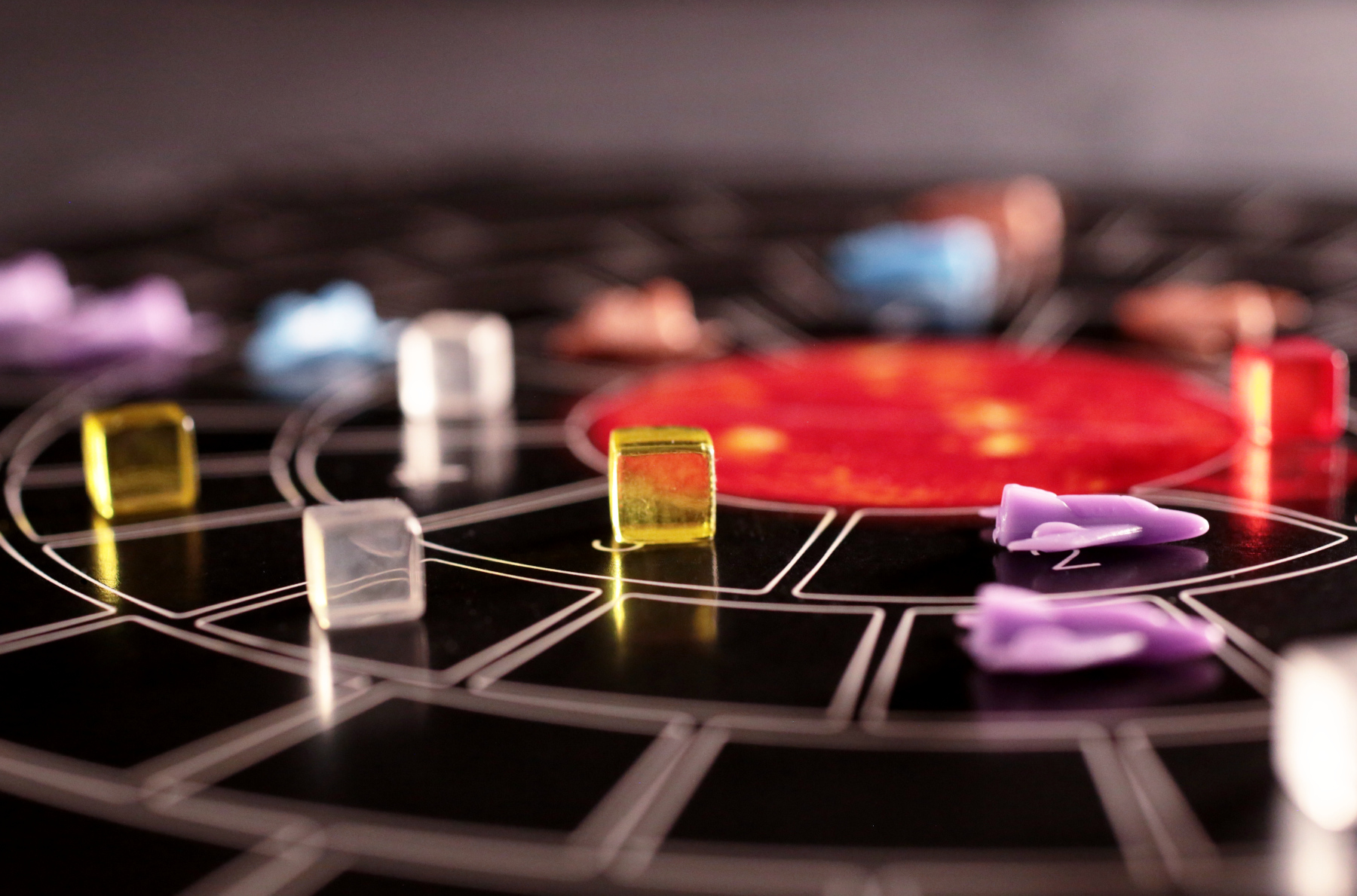 
Our Kickstarter is live now. Please visit to pledge!

As a special bonus, we will offer a new fabric version of Mehen as an optional Kickstarter reward.